A laptop, paper and a pen are all that Dr. Alexander Tichai needs to work from home. “It’s relatively easy to work from home as a theoretical physicist”, he jokes. The scientist has been able to continue his research without any major limitations even during the pandemic. Since receiving his doctorate at TU Darmstadt and completing a postdoc at the Saclay Nuclear Research Centre (CEA) in France, Tichai has worked on, among other things, subatomic structures, many-body quantum mechanics and numerical methods for determining core properties.

The young scientist wants to understand how protons and neutrons interact inside atomic nuclei. He wants to know “how nature is constructed. It is truly basic research”, he says. These theoretical findings are important for making predictions in astrophysics, understanding the origins of materials and the structure of stars.

Alexander Tichai has always been fascinated by physics and mathematics. He was born in Darmstadt and began his bachelor's degree in physics at TU Darmstadt in 2007, where he also began a mathematics degree in 2011. He also later completed his master’s degree in the same two subjects. “Of course, I am mainly a physicist but mathematics is my second passion”, he explains. Many concepts in physics are based on mathematics and “I always wanted to develop a deep understanding of the subject”, according to Tichai.

He received his doctorate in theoretical nuclear physics at TU Darmstadt under Professor Robert Roth in 2017. The 32-year-old scientist has completed a number of research stays at Michigan State University in the USA. Michigan State University has a similar large-scale research facility for nuclear physics to the one at the GSI Helmholtz Centre for Heavy Ion Research in Darmstadt-Wixhausen. Alexander Tichai also worked for two years as a postdoc at the CEA Saclay in France before he moved to the Max Planck Institute for Nuclear Physics in Heidelberg and TU Darmstadt in 2019. “I wanted to gain some experience abroad, network with colleagues around the world and expand my horizons”, says the new Athene Young Investigator.

He is thus delighted that he has been able to return to his alma mater within the context of the Collaborative Research Centre 1245 “Nuclei: From Fundamental Interactions to Structure and Stars”, which is funded by the German Research Foundation, and the cooperation between the Max Planck Institute for Nuclear Physics and TU Darmstadt. “It was always my desire to work in Darmstadt and make a name for myself at my home university.” His selection as an Athene Young Investigator gives him the opportunity to achieve this goal.

“The AYI grant means that I will have more responsibility. It will also give me and my research greater visibility.” Tichai believes that he will now be able to gain more teaching experience and develop his own ideas in this area. The award gives him the opportunity to mentor doctoral students, who will assist him in further developing his own scientific work. Alexander Tichai believes that the AYI will enable him to “come a step closer to his career goal”. The young physicist would like to become a professor in the future. 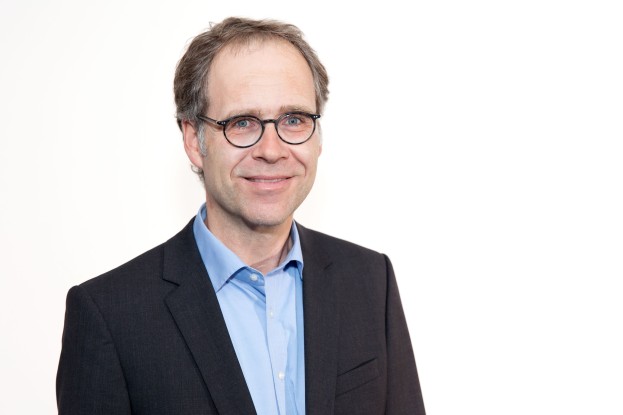