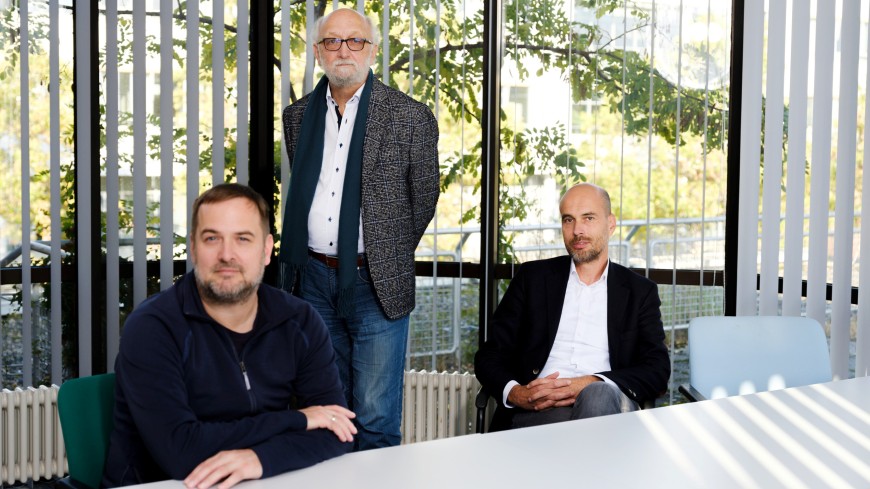 They convened in Darmstadt for six months to lay the foundations for a special international project. Researchers from nine member states of the European Union want to know: How do the citizens in their home countries talk about solidarity, fairness, cohesion and reciprocity in the EU? What do people associate with these terms which occur only rarely in everyday language? And what conclusions can be drawn from what they say with a view to the future shape of a Europe that many wish would not just assert itself as a strong economic community but also move towards an “ever closer union” by becoming more politically integrated?

“We want to reconstruct, what stories people tell about Europe, what images and everyday experiences they have in mind as they do so and what they expect from the EU and the agents involved there,” explains Professor Hubert Heinelt who is leading the “HEUREC – How Europeans understand fairness, reciprocity and cohesion” project at TU Darmstadt in conjunction with the political scientists Professor Jens Steffek and Professor Björn Egner.

Researching narratives is one of the key instruments in political science. On the one hand, meaningful narratives such as Willi Brandt’s “Dare more democracy” or Donald Trump’s “Make America great again” define the framework for the policies of a party or government. On the other hand, citizens also create their own narratives and give them their own dynamic. “Greece is to blame for the euro crisis because it always lives beyond its means” is an example of one such narrative. Recognising them is not just exciting for scholarship in this area, but also of strategic importance for political decision-makers.

“How integration within the EU progresses will depend very much on whether one manages to address these narratives,” believes Egner. In order to unravel these stories, researchers to date have for the most part been examining secondary texts authored by professionals in politics or the media or they conduct interviews with predefined questions. The HEUREC team is adopting a more direct approach in order to document and analyse the public discourse. “We are letting citizens talk to each other rather than about each other,” explains Jens Steffek.

The plan is to hold moderated discussions in each of the participating countries in three focus groups representing different socio-economic milieus. The groups talking about cohesion in Europe and issues of solidarity will be i) low-skilled workers and the unemployed, ii) highly qualified workers and business executives and iii) young people about to leave grammar school or who have recently started studying at university or college. “We expect each group to have different views on the topic and to share different “stories” accordingly,” says the expert in transnational governance.

Designing and monitoring these group discussions is a complex task. The participants do not know each other beforehand. The moderator needs explain the procedure to everyone clearly and help ensure a relaxed environment for the participants, some of whom may be anxious in this academic “laboratory setting” relieved. Researchers should ideally only initiate the debate and potentially correct its course but “without cutting short the thread of the conversation,” as Egner puts it.

The financial and economic crisis could be one possible discussion starter, with the idea of a European unemployment insurance scheme being the topic that builds on that during the exchange. Politically that is a tricky subject because on the one hand EU members insist on their sovereignty with regard to social policy and on the other hand the issue provokes emotional debates about redistribution. It is all the more exciting to find out “what Europeans personally think about that”, continues the political scientist. “Ultimately it is not just about needing solidarity between states but also between individuals.”

We are letting citizens talk to each other rather than about each other.

One of the biggest challenges however is finding a common standard for the discussions conducted in nine EU countries and making the results comparable for subsequent analysis. In conversation with the sociologist Inga Gaižauskaite and her two project colleagues, the political scientists Petros Karpathiou and João Moniz, one gets a sense of how different the view of Europe can be. Their home countries – Lithuania, Greece and Portugal – are among the group of net recipients, i.e. states which receive more money from the EU budget than they contribute and who see themselves as a small cog rather than a big driver of European policy-making. Nevertheless, the three researchers observed highly individual attitudes to and expectations of the European Union.

For example, Moniz perceives that his Portuguese compatriots generally have a high opinion of the EU institutions but at the same time a pragmatic attitude with little enthusiasm towards a community of states, which is felt to be predominantly economic. In Greece, which like Portugal has been an EU member since the 1980s, disappointed expectations with regard to EU solidarity were presently dominating public opinion including among people who are politically active, observes Karpathiou. For Lithuania, which joined in 2004 as part of the first eastern enlargement, the European Union is perceived as distant or out-of-reach for citizens, although trust in Europe and its democratic values is high, says Gaižauskaite.

To get to know each other and the situation in their countries better as well as find a common language for their research, the academics have spent a lot of time together in Darmstadt. With clear guidelines in the bag, they are now starting to work with focus groups in their home countries. In spring 2022 they are planning to return to TU Darmstadt for the comparative analysis of the data. According to Heinelt, the aim is to identify “what resonates with people in the political debate on cohesion in Europe because it is already part of their everyday conversations."

The international research project entitled “HEUREC – How Europeans understand fairness, reciprocity and cohesion” is supported by the German Federal Ministry of Education and Research (BMBF) and runs until spring 2024. As well as researchers from the Institute of Political Science at TU Darmstadt, the project involves academics from Finland, Greece, Latvia, Lithuania, the Netherlands, Portugal, Slovakia and Spain. In order to put the project findings into practice, three transnational focus groups are planned in cooperation with the Committee of the Regions and the European Parliamentary Research Service in Brussels along with reflection on the research findings with political decision-makers.