Within AI research, Dr Marcus Rohrbach specialised in multimodal learning early on and established himself as a world-leading expert with groundbreaking results. His research, which combines image and language, is at the intersection of deep learning and logical reasoning. For an intelligent system to communicate effectively with humans, it must be able to relate information in words and sentences to the visual world.

This becomes relevant, for example, when generating image and video descriptions. Rohrbach and his team developed a model that can create descriptions for previously unknown mapped objects and their interactions with other objects. He also achieved important research successes in symbol-based reasoning and the reduction of forgetting in continuous learning. His models, software and data are widely used in research and industry.

Being an internationally renowned scientist, Markus Rohrbach will excellently strengthen research in the field of Artificial Intelligence at TU Darmstadt and in hessian.AI 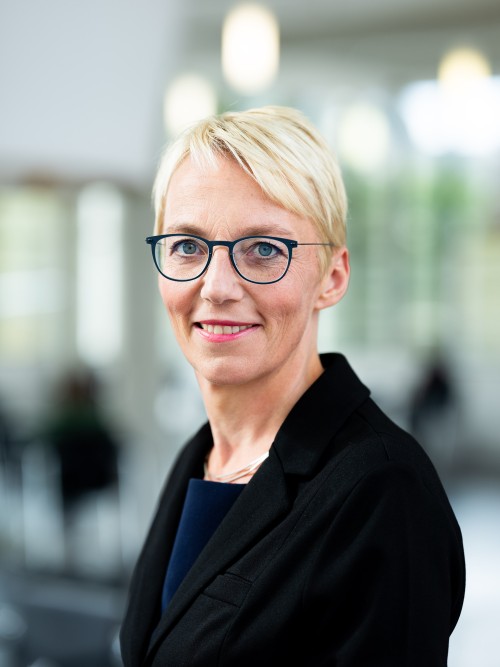 “As acknowledged expert in multimodal learning, he contributes to various intersections of different AI subfields“, Brühl continues. ”He complements the AI expertise at TU Darmstadt with his remarkable profile. His innovative ideas will significantly promote cooperation in numerous networks. We look very much forward to working with an inspiring and visionary colleague.”

“TU Darmstadt highly attractive in the field of AI”

“The appointment of Dr. Rohrbach to a Humboldt Professorship shows that TU Darmstadt is highly attractive for top researchers in the field of AI,” says Hesse's Minister of Science Angela Dorn. “The excellent environment in the Department of Computer Science, together with the AI center hessian.AI, which is funded by the state of Hesse, as well as the newly established laboratory of the German Research Center for Artificial Intelligence, offers a unique environment for top research in AI. Top personnel are in great demand in the field of AI throughout Germany and internationally, so I am all the more pleased that Hessen is further consolidating its position among the leaders with the appointment of Dr. Rohrbach. Congratulations on this!”

AI research is a central discipline at the Technical University of Darmstadt and enjoys international excellence. It is designed to be interdisciplinary in order to develop the potential of AI broadly and optimally and to reflect the high social and economic significance of the topic. The TU is a member of the two major European AI initiatives ELLIS and CLAIRE and is a leading contributor to the Hessian Center for Artificial Intelligence – hessian.AI.

The strategic focus of AI research at TU Darmstadt is the development of intelligent systems in accordance with the European value system. Marcus Rohrbach will contribute to achieving this goal with his expertise in integrating different modalities and aspects of symbolic AI into deep neural networks. As Professor for “Multimodal Reliable AI” at the Department of Computer Science and at the Hessian Centre for Artificial Intelligence – hessian.AI, he will bring forward the research goals both at university level and across the country and Europe. He will also lend significant and lasting impetus to the Hessian Centre for Artificial Intelligence – hessian.AI with his research.

After completing his doctorate at the Max Planck Institute for Informatics in Saarbrücken, Rohrbach first conducted research at UC Berkeley and, from 2017, at Facebook AI Research (FAIR). His research is published in several AI fields, including by the most important conferences and journals for computer vision, computational linguistics, machine learning and for artificial intelligence. He also won various scientific competitions. The appointment negotiations for the Alexander von Humboldt Professorship are currently underway at TU Darmstadt.

Such professorships, each endowed with up to five million euros, are awarded to world-leading researchers who have previously worked abroad. They are expected to work in the long term on future-oriented topics at German universities. The award is granted by the Alexander von Humboldt Foundation and funded by the Federal Ministry of Education and Research. This is the third time that the Technical University of Darmstadt has received this special award: The TU was able to attract the first Humboldt Professorship in Hesse in 2018 with a professorship for the nuclear physicist Dr Alexandre Obertelli. Recently, TU Darmstadt welcomed the cognitive scientist Angela Yu as a Humboldt Professor.

hessian.AI, the Hessian Center for Artificial Intelligence, pursues the goal of conducting excellent basic research with concrete practical relevance and also to promote transfer to industry and society. The center, in which 13 Hessian universities are involved, bundles the expertise of 22 AI scientists and expands this with 22 new professorships. Based on cutting-edge research conducted at the TU Darmstadt and other Hessian universities, a significant contribution will be made to the research and development of novel AI systems with human-like thinking and communication capabilities, which are classified as part of the so-called “Third Wave of AI”.