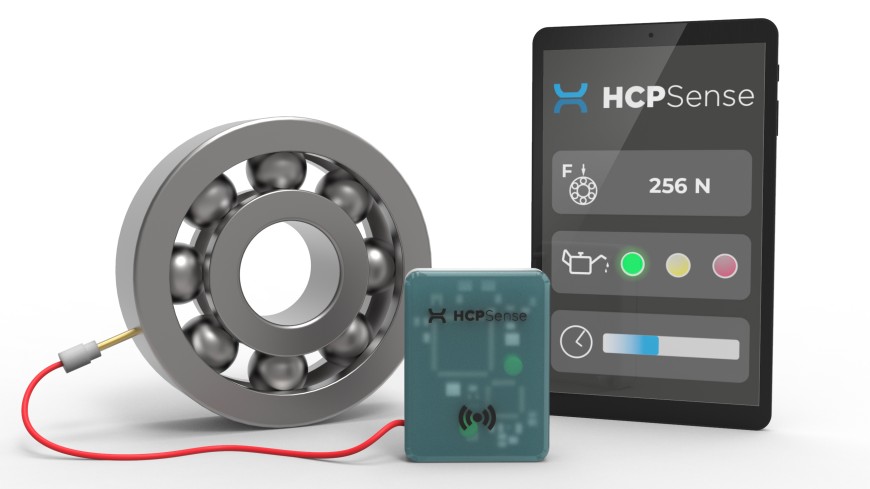 The principle behind rolling bearings goes back to the Celts and ancient Romans. Moveable rolling elements – usually balls or cylinders – are fitted between two rings. The inner ring ensures, for example, that a wheel is fixed in the correct position on the axis. The outer ring sets the wheel in motion. The rolling elements also rotate within the rings and act as a buffer between the two surfaces. This prevents friction and also minimises any associated loss of efficiency and wear. “Everything that rotates has to be correctly mounted on a bearing”, Tobias Schirra, co-founder of HCP Sense, explains in a nutshell. There is thus an extremely broad range of applications for the smart bearings that Schirra and his co-founders Georg Martin, Ansgar Thilmann and Sarah Wicker want to launch onto the market.

Everything that rotates has to be correctly mounted on a bearing.

Just like human joints, bearings are exposed to substantial loads. All of the forces at play within a machine have an impact on this component. When a food processor kneads dough, stronger forces are placed on the bearing than when it is stirring a sauce. The technology that led to the foundation of HCP Sense makes use of these forces. “Our high-quality data allows us to understand everything that is happening to the bearing”, says Schirra. This data is measured directly at the source during a running process and converted into information with the aid of algorithms. The data makes it possible to not only draw conclusions about the condition of the bearing and the lubricant but also about the entire process. This opens up new potential for the predictive maintenance, monitoring and optimisation of gearboxes and drives.

Sensors can be used to continuously measure the forces being applied to a bearing just as they are in other components that are digitally managed. The problem is that installing these sensors in the bearing is not only a complex process but also increases the size of the component. Integrated sensors are thus currently only used in just a few special applications: “Most companies are not interested in this technology because the outlay exceeds the additional benefit”, explains Thilmann, who is responsible for organisational and commercial matters in the entrepreneurial team. The new patented measurement method developed by the two mechanical engineers Schirra and Martin in the Department of Product Development and Machine Elements (PMD) at TU Darmstadt is now set to change this situation.

Utilising the electrical properties of the bearing

“Our sensor bearings utilise the electrical properties of the rolling bearing itself”, explains the electrical engineer Wicker. The new sensor system measures the alternating current resistance that occurs in the rolling bearing due to the interaction between the lubricant and the rolling element and that can change depending on the applied load. Software is used to evaluate the measurement data, align it with the operating conditions of the bearing, such as the temperature, load, geometry or rotational speed, and documents the results of the measurements for the operator of the machine.

The sensor bearing from HCP Sense does not require any complicated structural changes and does not take up any additional space. It is suitable for both new machines and also for the retrofitting of existing systems. Using the load data supplied by the bearing, companies can improve their maintenance plans, reduce machine downtimes caused by the failure of bearings, optimise their production processes, operate more efficiently and even develop new digital business models in future – a product and business idea that has not only impressed the advisers at HIGHEST but also industry. A prototype has now been developed that was presented by the start-up at, amongst other places, the Hannover Messe 2021.

On the path to series production

Although they are still in the middle of the start-up process, the future company HCP Sense GmbH is already entering into two development projects with partners who want to test the prototypes in a real production environment. The entrepreneurial team is currently financing themselves and their start-up with funding from EXIST Transfer of Research. The four entrepreneurs aim to achieve a great deal by the time this funding runs out in September 2022. Their agenda includes searching for other partners for pilot projects and new investors who are impressed by the business idea, as well as entering series production and not least “achieving the highest possible revenue”. The engineers, who were originally involved in basic research, have certainly not regretted the switch to the world of business. “You feel as if you are standing at the bottom of a huge mountain at the beginning”, says Ansgar Thilmann. “But then you gradually conquer it step by step”. He also has some advice for other prospective entrepreneurs: “Simply give it everything and just do it.”

How HIGHEST helped with the foundation of the company: 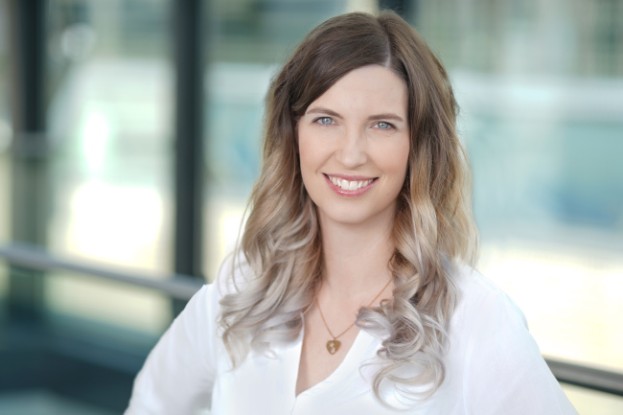