As an internationally renowned pioneer, Robert Piloty has made outstanding research contributions and developments in the field of program-controlled computer systems.

The Robert Piloty Prize has been awarded since 2016. It continues the tradition of the Alwin Walther Medal of TU Darmstadt, which was awarded jointly by the Departments of Computer Science and Mathematics. The broadening of the profile with respect to Electrical Engineering and Information Technology comes with a change of the denomination of the price. In the sense of a technical reference to the work of Robert Piloty, laureates with scientific achievements in the field of computer engineering are preferably be considered in the field of electrical engineering and information technology. In mathematics, laureates are preferably be considered with scientific achievements in the field of applied mathematics.

As an internationally renowned pioneer, Robert Piloty has made outstanding research contributions and developments in the field of program-controlled computer systems. He was appointed to the Darmstadt Technical University in 1964 and founded the Institute for Communication Processing in the former Faculty of Electrical Engineering (today the Institute for Computer Engineering in the Department of Electrical Engineering and Information Technology).

Prof. Piloty recognized the importance of electronic computer systems early on. Through his initiative and under his technical leadership, the PERM (Program-Controlled Electronic Calculator, Munich) was developed at the Technical University of Munich in the early 1950s, in which electrical engineers and mathematicians collaborated in a special way. The PERM was not just a demonstration model, but a fully functional digital computer system that served for 17 years as the core of the Leibniz Computer Center in Munich. It is now displayed in the Deutsches Museum in Munich.

Prof. Piloty was also instrumental in setting up computer science as an independent discipline in Germany as well as at the TU Darmstadt. As a member of the General Assembly and Vice President of the International Federation of Information Processing (IFIP), Robert Piloty has represented German computer science internationally for many years.

His many achievements have been recognized by national and international awards.

Computer science with its current impact emerged at the beginning of the 1970s from the disciplines of mathematics and electrical engineering. In recent decades it has grown into a future discipline of the 21st century.

The Department of Computer Science of TU Darmstadt was founded in 1972 as one of the first computer science departments at German universities out of a tradition of outstanding, internationally recognized pioneers of computer science such as Alwin Walther (scientific computing, mathematics) and Robert Piloty (program-controlled computer systems, electrical engineering). Today it is one of the leading computer science departments in Germany in research and teaching. The Rhine-Main-Neckar region with Darmstadt as its centre is one of Europe's most important locations for information and communication technologies.

The Department of Electrical Engineering and Information Technology of TU Darmstadt looks back on a long and successful history. For many years, it has been one of the leading faculties of electrical engineering and information technology in Germany in teaching and research. Its researchers and graduates enjoy an excellent reputation in industry and science.

The Department of Mathematics of TU Darmstadt is one of the large mathematical departments in Germany. Applied Mathematics and Scientific Computing are profile-building focal points of the department with a long tradition of internationally renowned scientists, research work and major interdisciplinary projects.

Previous Next
Go to top 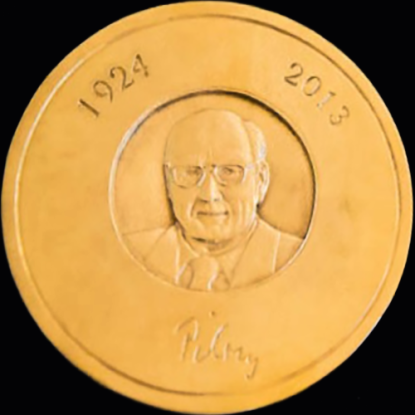