The protests amongst students at TH Darmstadt at the end of the 1960s were neither explosive nor a mass phenomenon – nothing like the turmoil that reigned at the University of Frankfurt am Main. And yet: Darmstadt also saw go-ins, sit-ins and vociferous debates in overcrowded lecture halls. The themes were political liberation, peace and solidarity around the world, greater democracy in society and equal education opportunities, fundamental reform of academic education, and the dismantling of traditional university hierarchies (“Ordinarien-Universität”) in favour of emancipation and codetermination.

For over a year, the various groups at the university struggled for proportional representation and equitable membership of the Great Senate. In March1968, new university by-laws came into effect. In future, the director of administration would be referred to as Chancellor. In May 1969, the German state television channel ZDF reported live from TH Darmstadt: for the first time in the history of the Federal Republic, a university governing body composed of equal numbers of representatives of three groups was meeting to elect a board of directors.

Reform and the first President

Nonetheless, the amendment accelerated university reform and promoted 'group university' structures: the administration merged into one central unit, faculties turned into newly-structured, self-governing departments. In 1971, the TH Council elected historian Professor Helmut Böhme the first President in the history of the university. 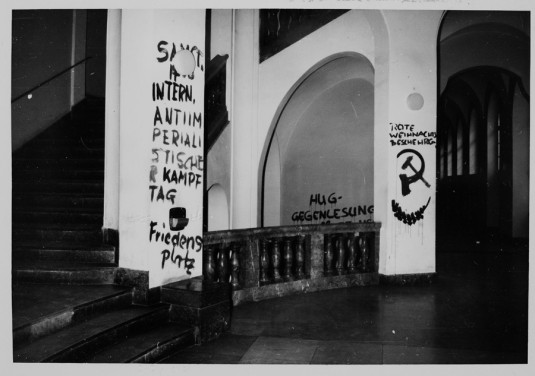 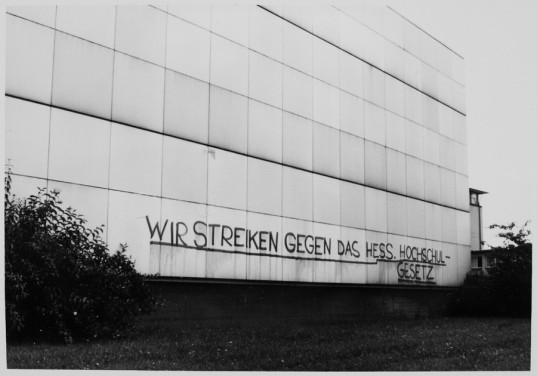 A call to strike in opposition to the University Law of the Bundesland Hessen at the Institute for Electrical Engineering, 1969.