Gerhard Herzberg studied at TH Darmstadt from 1924 until 1928. In 1927, he passed his Diplom examinations, the following year he obtained the degree of Dr.-Ing. in Physics. In Göttingen, the young scientist met Jewish Physics student Luise Oettinger, whom he married on 29.12.1930. From 1930 until 1935, Herzberg worked as assistant and associate professor at TH Darmstadt, while his wife conducted experiments at the university's laboratories for her doctorate in Physics.

After 1933, Gerhard Herzberg's teaching licence was withdrawn. Because he refused to divorce his wife, his project position at the TH was not extended in 1935. In August of the same year, the couple emigrated to Saskatoon, Canada, where Gerhard Herzberg obtained a professorship. From 1945, he worked in Chicago, after 1948, in Ottawa. In 1971, he won the Nobel Prize in Chemistry for his work on the electronic structure of molecules, in particular of free radicals. He died on 3.3.1999 in Ottawa. 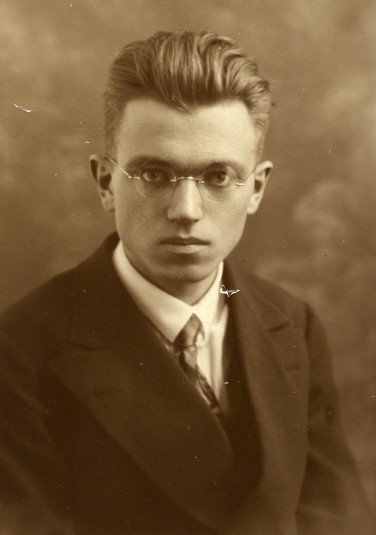