Karl Plagge studied Mechanical Engineering at TH Darmstadt from 1919 until 1924. In 1939, he was drafted into the Wehrmacht as an officer. From 1941 until 1944, Major Plagge headed the Heereskraftfahrpark 562 (Motor Vehicle Repair Park) in Wilna where he systematically employed Jewish forced labourers under decent conditions in the repair shops and made sure that they and their families could live in human dignity.

When the Wehrmacht evacuated Wilna in 1944 in the face of the advancing Red Army, Plagge warned the forced labourers about the camp's imminent takeover by the SS, helping many escape. About 250 Jews survived the Holocaust thanks to the “saviour in uniform”. Since 2005, Plagge has been honoured as one of “The Righteous Among the Nations” at the Yad Vashem Memorial Centre in Israel.

Since May 2017, a new building of the TU in the Alexanderstraße bears the name “Karl Plagge House”. 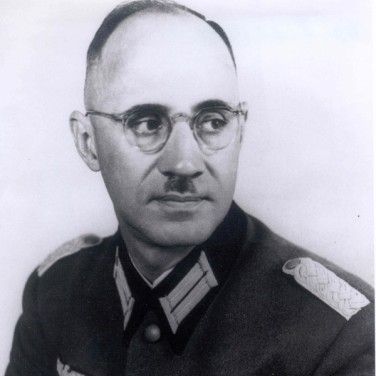 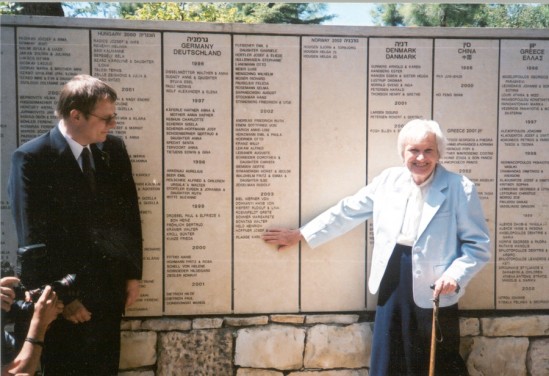 Pearl Good, one of the survivors of Wilna, and Johann-Dietrich Wörner, former TU Darmstadt President, in front of the Wall of the Righteous at Yad Vashem in 2004. Good is pointing to her rescuer's name. Image: TU Darmstadt archives