Rudolf Goldschmidt finished his Electrical Engineering degree at TH Darmstadt in 1898 and then completed his dissertation in Communications Engineering in 1906. As associate professor, he developed a high frequency machine for an overseas radio connection. This wireless communication saw its first successes in 1911. Three years later, the high frequency machine proved itself at a world premiere – the first transatlantic radio communication between Germany and the USA, a telegram transmission between Bad Eilvese and Tuckerton.

Goldschmidt, who was granted a professorship at TH Darmstadt in 1911, later switched to the radio industry, working for companies such as C. Lorenz and Telefunken, among others. Together with Albert Einstein he invented various electro-acoustical devices. They registered several patents and were granted a patent for a loudspeaker construction back in 1933. 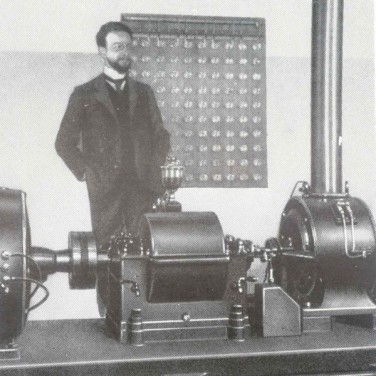 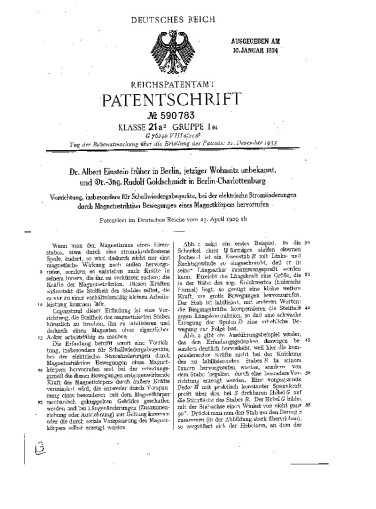 Patent specification for the construction of a loudspeaker, 1933.