Stephan Schulz is drawn to the desert. This is perhaps because he comes from an environment that is the complete opposite. Schulz was born in Berlin and part of his family comes from Mecklenburg-Western Pomerania, where there is an overabundance of water and one lake after another. The 37-year-old scientist wrote his Master’s Thesis on a groundwater project in Jordan, while his doctorate focusses on groundwater aquifers in Saudi Arabia. He has also completed a summer school in Iraq and research stays in Iran and Pakistan. Schulz has been a research assistant at the Institute of Applied Geosciences at TU Darmstadt and a passionate natural scientist since 2016. “I am driven to learn new things in uncharted territories”, he says.

The new “Athene Young Investigator” (AYI) is focussing on the question of how the world’s limited water reserves can be used more sustainably in the future – to provide the population with drinking water, irrigate agricultural land and safeguard the production of food. “Climate change and population growth have increased the pressure on the supply of water enormously”, Stephan Schulz explains. This is particularly true in already dry or arid regions of the world and those areas that are becoming dryer due to climate change – such as the Mediterranean region. Arid areas now cover around 30 percent of the world’s land surface today. In desert and savannah regions, water reserves are already being “drastically overused”. 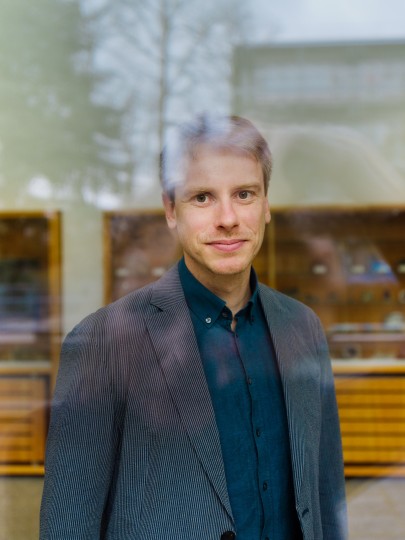 An increasing number of people will be dependent on these shrinking water reserves in the future. The postdoc is working on the development of innovative concepts “to manage this resource so that it can offer the greatest possible benefit for everyone”. According to the 37-year-old scientist, who studied geoecology at the Technical University in Freiberg, this will require him to gain a fundamental understanding of the hydrodynamic processes and the local and regional hydrogeological conditions. For example, Stephan Schulz is now carrying out research into how water infiltrates sand and evaporates again or how the day-night cycle can influence the gas exchange processes in the soil in dry regions. Evaporation is higher in arid areas than precipitation. Therefore, it is important to precisely determine the water balance and to understand how new groundwater collects and how it is distributed and stored.

A potential crisis due to water scarcity

It is worthwhile looking back through geological history: Parts of the planet experienced periods of extremely high precipitation more than 10,000 years ago. Fossil water resources formed that are found at great depths similar to crude oil. These reserves could now be utilized. Drilling boreholes to a depth of 2000 metres is commercially viable but is it also a sustainable solution? “Many countries require this water to produce their food”, says the natural scientist, who is also a spokesperson for the working group “Hydrogeology of Arid Environments” in the Hydrogeology Division of the German Geological Society. There is a potential crisis brewing due to water scarcity and the battle for natural resources. However, Stephan Schulz is convinced that “it will simply require adjustments to how water is managed”.

There is groundwater available in large regional aquifer systems in North Africa, the Arabian Peninsula and large parts of Australia. These systems could be tapped into to enable the optimal management of groundwater and also artificially recharged. The geoecologist gives an example: “Excess water that the ground cannot absorb during heavy rainfalls could be collected in absorption wells so that it does not flow unused into the ocean”. Treated waste water could also be used to fill these aquifers. He plans to carry out experiments to see how the groundwater can also be protected against contamination. For example, Schulz wants to investigate whether sandy soil filters out any residual pollutants in waste water and what processes take place during the introduction and passage of water underground.

A professorship is his career aspiration

Stephan Schulz, who received his doctorate at the Helmholtz-Centre for Environmental Research and TU Darmstadt, has the long-term aim of becoming a professor. His acceptance into the “Athene Young Investigator” funding programme at the university is a step on the path to achieving this goal.

In April, TU Darmstadt once again awarded the title of “Athene Young Investigator” to five outstanding young researchers at TU Darmstadt. We will present them to you in this short series of articles.