Ants communicate with one another using scents and knocking sounds, while bees use dancing movements to guide their fellow bees to sources of food. Insects are able to reach their destination more quickly and efficiently by communicating and cooperating with one another. The electrical engineering and information technology engineer Dr. Lin Xiang wants to utilise this type of swarm intelligence in his drone research. According to the 34-year-old scientist, the use and range of unmanned flying robots has been limited up to now above all by their size, weight and energy performance. Lin Xiang hopes to overcome this “performance bottleneck” by improving the ability of drones to cooperate with one another. “We want to learn from animal intelligence”, says the researcher to describe the approach. If drones can be used and organised as a team, the load on each individual robot would be reduced, enabling them to cope with greater demands and more complex tasks collectively.

In particular, this will be made possible by using wireless communication technology and the networking of ground and air systems. Some examples given by the young researcher are the mobile communications network and the “Network for the Sky” developed by Airbus. This combines various technologies such as satellite and ground communications, tactical air-to-ground, ground-to-air and air-to-air communications and the 5G mobile communications standard. According to Lin Xiang, drones can also communicate with ground systems with a lower latency, or in other words response time, than is the case with satellites. “This also makes drones an interesting solution for future communication networks”, says the researcher. They could be used, for example, in a type of sandwich structure in which they bridge the gap between satellites and networks on the ground. 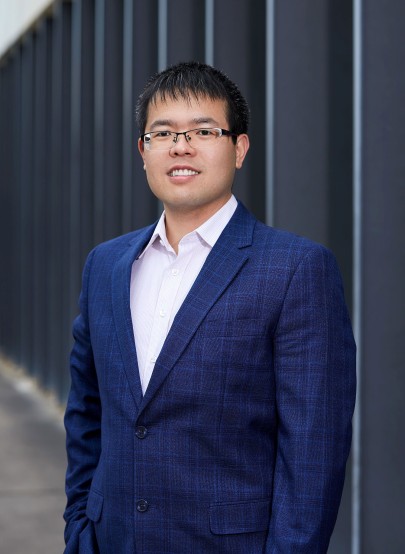 A diverse range of applications for drones

The postdoc, who moved from the Friedrich-Alexander University Erlangan-Nuremberg to TU Darmstadt, has been fascinated by these airborne robots since he was a student at the Huazhong University in Wuhan/China. He believes that drones have the potential “to change society and industry” and not just in the area of information and communication technology. They are already being used in the agricultural sector, to monitor industrial plants or traffic, fight crime and for transport or social applications, as well as for supplying emergency medical services in remote regions.

Lin Xiang has been carrying out research in Germany as a doctoral candidate and postdoc since 2012 – initially under Professor Robert Schober in the Institute for Digital Communications within the Department of Electrical-Electronic-Communication Engineering at the Friedrich-Alexander University. The researcher chose Professor Schober as his doctoral supervisor while he was still a professor at the University of British Columbia in Vancouver. “When he returned to Erlangen shortly afterwards, I also decided to come to Germany”, explains Lin Xiang. He recounts with a smile that his friends had warned him that the professors in Germany were strict. Xiang studied in Erlangen for six years and received his doctorate there. He then carried out research at the University of Luxembourg for two years.

He has worked at TU Darmstadt as a postdoc since November 2020. The funding as an “Athene Young Investigator” (AYI) is a “good opportunity for me and my research”, he says. The AYI programme will help him intensify his work with students and doctoral candidates and add new personnel to his research group. “We are making good progress and have already produced our first results”, reports the father of two. His career aim is to become a professor – by all means at a German university.

In April, TU Darmstadt once again awarded the title of “Athene Young Investigator” to five outstanding young researchers at TU Darmstadt. We will present them to you in this short series of articles.