Lara Wietschorke, Michelle Martinussen, and Jennifer Stark are young entrepreneurs in the games industry: Supported by many players at the TU Darmstadt, they decided to take the big leap into entrepreneurship utilizing the EXIST-Gründerstipendium . Sounds like an adventure? The three founders tell us about their journey.

What exactly are you working on right now?

Jenni: “We are working on building our game development company for innovative technologies and serious games: Randalyn Rage. Our first application is beVaiR . A story-based virtual reality strategy game, which places the player into a dystopian future and lets them explore the multidimensional truth while all of it being a serious game – that is, a game with more than just entertainment value. The game design requires strategic, three-dimensional thinking with simultaneous physical activity, good hand-eye coordination and fast reaction time. The story addresses issues around totalitarian systems, AI ethics, ethical, and technical limits in the use of technical systems, morality, and critical approaches to alternative facts that are more relevant today than ever.”

How did you get the idea to start a company for innovative technologies and serious games?

Lara: “I met Michelle during my computer science studies. We had our first contact during O-week. We then became friends in a few courses and practical exercises. I remember our internship in virtual reality best. Here we designed and developed our first serious virtual reality game together: A chemistry learning game in which you moved from atom to atom like Spiderman. During our studies, we could both imagine working in the games industry at some point in the future, so we selected and aligned our courses of study accordingly. The idea was then spurred on by the possibility of being funded by the EXIST-Gründerstipendium.”

Michelle: "The EXIST-Gründerstipendium is aimed at students or former students who want to start a company based on an innovative idea. The idea does not have to be limited to software, but can be based in all areas of research.

You can apply for the funding at the TU Darmstadt together with the start-up advisors of the innovation and start-up center HIGHEST and a mentor at the university. In our case, we work at the KOM of the TU Darmstadt with Prof. Ralf Steinmetz, Dr. Stefan Göbel and Polona Caserman. We have specialized in innovative technologies, such as Virtual Reality, and Serious Games in our research-related orientation.

Funding is provided after a successful application through a concept paper. The Funding usually last one year via a grant and the allocation of material resources.“

How can I imagine your path?

Lara: ”We already got in touch with HIGHEST in mid-2019 and developed the concept of the first application. Together with Gudrun Lantelme from HIGHEST we worked out the concept paper and applied for funding. Taking 2nd place at the Darmstadt Startup & Innovation Day 2019, which is hosted annually by HIGHEST, showed us the potential of our idea for the first time. We then received funding as of January 2020. The original concept of our first application was that of an exergame – that is, games designed to motivate users to exercise. In the course of the project, however, this orientation shifted more in the direction of storytelling or dealing with explosive topics, not least because the feasibility of developing an exergame was severely hampered by the Corona pandemic.

After many concept ideas, development approaches, as well as the support of HIGHEST, the KOM at the TU Darmstadt, and the WTT Serious Games, we managed to get to find ourselves in the founding process since the beginning of 2021 and will be founded in a few months.“

What do your future steps consist of?

Michelle: ”First and foremost, of course, we are working on the release of beVaiR. The plan is for beVaiR to be released on Steam and the Oculus Store in the fall of 2021. At the same time, however, Randalyn Rage, which will bring out beVaiR as developer and publisher, has to be established. Last but not least, it is important for the successful continuation of the company to work out further ideas. This much we can already reveal here: Through the extensive world we have created, we have some ideas for other games in the universe of beVaiR up our sleeve.“

Can you reveal more about the story of beVaiR?

Jenni: ”In the dystopian future, a multiple class society prevails: A group called Yunify strives to build a new society according to their rules and standards and classifies all individuals as good or bad for the system with the help of the specially created artificial intelligence (AI) VaiR. After an update that didn't go quite according to plan, VaiR develops a life of its own. A hotfix is supposed to fix this, but only triggers the split factions Xevolu, Cyboro and Divina to fight over VaiR. The player moves as a neurohacker in the projection of VaiR's brain. The goal is to use strategic action to modify the neurons of the living network so that the AI is willing to help and reveal information about the chosen faction. It is up to the player to uncover the truth through careful deliberation.“

Michelle and Lara, you both studied here at TU Darmstadt in the Computer Science department. What is it like to be a woman in a technical degree programme?

Lara: ”In terms of content, of course, it's just as doable as for everyone else. Neither in my Bachelor's studies at another university nor in my Master's studies at TU Darmstadt did I ever have the feeling that I was being evaluated differently than my male colleagues. As far as the interpersonal component is concerned, things unfortunately look different. As a woman, I always had the feeling that I had to prove myself more than my male fellow students. One of the reasons for this is that the percentage of female academic staff and professors I had to deal with during my studies was much lower than the percentage of male staff. As a female student, this gives you the feeling that a woman in the technical field is (unfortunately) still something special. The fact that there are still some male students, even at a university, who make condescending or sexist remarks shocked me at first. At this point, however, we women must realize that this is not a state of affairs that we simply have to accept, but that we can change something about it together in order to create a pleasant climate for everyone. Only if we speak openly about such incidents and address the underlying problems we can create awareness. There are many points of contact for this at the TU Darmstadt. We have to use them to bring about a sustainable change in thinking.

Nevertheless, I don't regret the choice of my degree, quite the opposite: women with an interest in the STEM field should not be put off and should definitely seize the opportunity to realize their dreams.“

And what has your experience as a female founder been like so far?

Michelle: ”We have also noticed the problem that arose in our studies as female founders. Female founders and CEOs, especially in spin-offs in the technical fields, are a rarity. For example, we noticed in templates for managing director contracts that topics that explicitly affect women, such as maternity protection, are not addressed. What is striking, however, is the public interest in female founders. As a woman, I have the feeling that although we sometimes have to prove ourselves more than our male colleagues, we are never less supported by the relevant authorities.

I was particularly impressed by the cohesion in the scene, especially among the EXIST founder teams. In the course of the funding, we became aware of the importance of interdisciplinary work. In our opinion, a functioning founding team consists of as diverse characters and qualifications as possible.“

What else would you like to pass on to other students?

Michelle: ”We are more than happy to have the opportunity to realize our ideas and can only advise everyone to take the step. It takes a lot of planning and organization and several hurdles have to be skilfully jumped or circumnavigated, but the effort pays off in any case! Working and growing on something as a team is enriching in so many ways.“

Jenni: ”You shouldn't be afraid of a new challenge when such an opportunity arises, but be brave and pursue your own goal. With a well-coordinated team, this works very well and is a lot of fun.“

Lara: ”During your studies, take advantage of the opportunities for semesters abroad and language courses at the university. After graduation, it will be a lot harder to implement a stay abroad or learn a new language."

The goal of the Innovation and Start-up Center HIGHEST at TU Darmstadt is turning theories into reality and generating products from great ideas. HIGHEST has a lot to offer to anyone interested in setting up their own company at TU Darmstadt and in the region. With the Pioneer Fund to help fund innovation, the Athens Prize for Knowledge and Technology, the TU Idea Competition in the categories of researchers and students, the Open Digital Labs, and start-up, innovation and invention consulting services, HIGHEST contributes to an extremely lively and innovative environment in Darmstadt.

The team at the Innovation and Start-up Center provides free and confidential advice and can help with the preparation of idea papers, business models, corporate concepts and business plans. It can also assist with the search for and selection of funding and financing opportunities, team members and partners, as well as experts from start-up support networks. 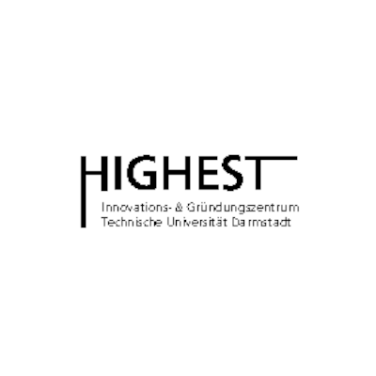 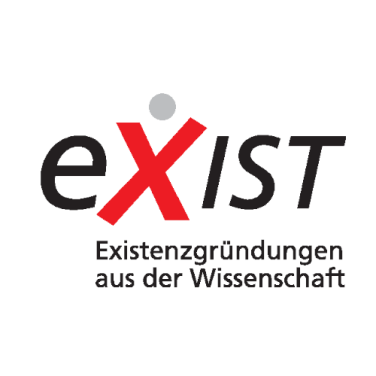 The KaiparaAdVRenture project was funded by the Federal Ministry for Economic Affairs and Energy and the European Social Fund as part of the EXIST programme from January 2020 to March 2021. 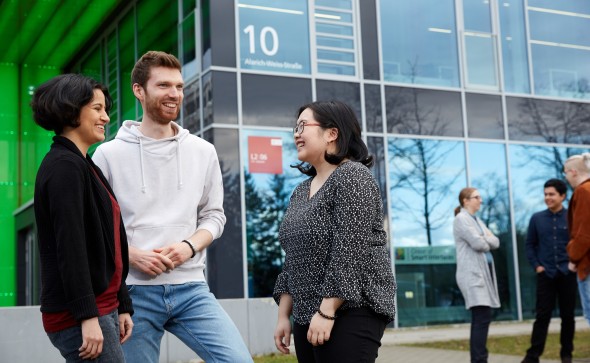 That extra dash of success for your career

Thinking about doing your master's degree at TU Darmstadt? Great idea! Besides exciting programmes, it’s the top rankings and tons of interesting companies and research institutes that make Darmstadt an incredibly attractive place to both study and work. And what about if you’re thinking of starting your own business? Again, TU Darmstadt is the right place for you. Read on to find out how the university can support you getting a start-up going. 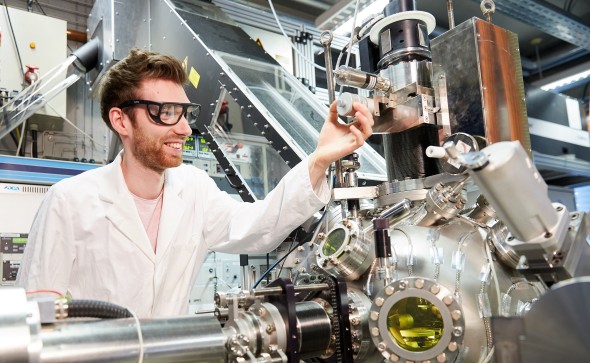 Studying at the TU Darmstadt can give you the best start of your career. The university offers practice-oriented, interdisciplinary, and future-oriented programmes as well as a great deal of support to help you land your dream job. Here I'll tell you what opportunities await you!